In Physics, the ‘game’ is life, the universe and everything and most of the rules are obvious.

The theoretician tried to find a rule that describes what he sees. The experimentalist tries to devise an experiment to check the theory. When it all seems to work, a ‘rule’ is written and called a Law. Once we know the laws, we ought to be able to predict what will happen in different circumstances.

Physics is
just about
everything.

The Physics department at Hurtwood House has two main objectives.

Firstly, to inspire and enthuse students in Physics, Science, Engineering and Technology, and instil a life-long interest in these areas.

Secondly, to prepare students as fully as possible for university study, whether in the physical sciences and engineering or not.

We do this by routinely stretching students beyond the specification, and particularly in the A2 year, providing additional material specifically related to students’ university course choices.  Students are taught both traditional and modern practical techniques, enabling them to investigate how theories apply to the real world for themselves using simple equipment or data-logging ICT.  Research and presentation skills are developed in both years, allowing students to delve into topics that interest them. 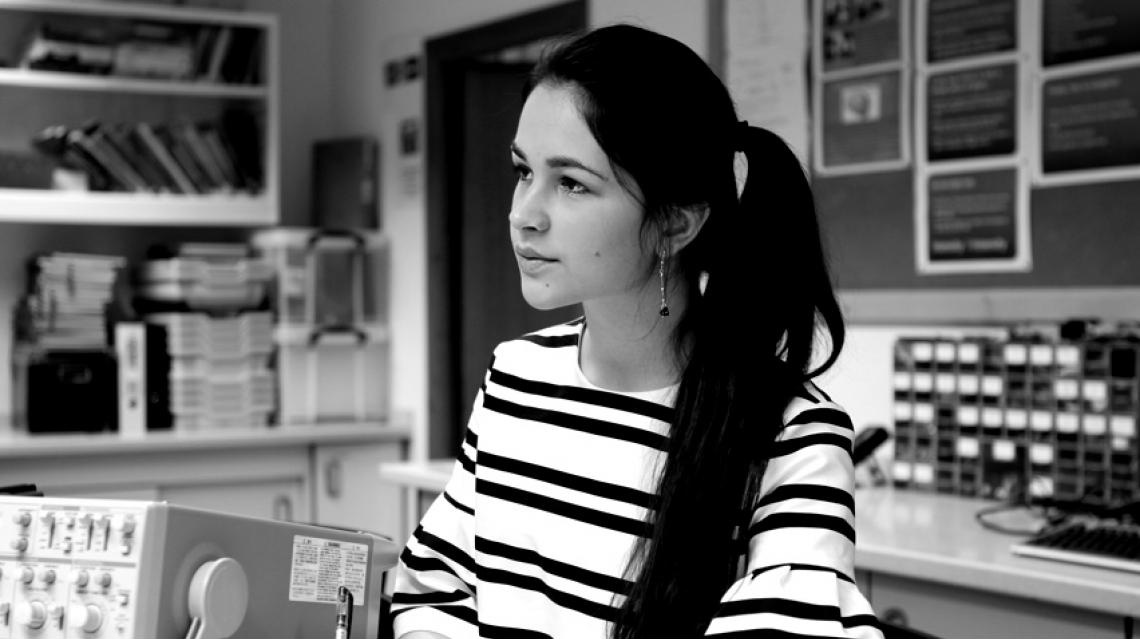 How Physics is
taught at Hurtwood

The department follows the AQA A Level course, assessed primarily through external examinations with an internally assessed practical component.

In the A1 year, students are given an introduction to Physics with some familiar topics, such as Newton’s Laws of Motion, Current Electricity and Waves, alongside the study of Materials.  Students will also study the basics of quantum physics with the Photoelectric Effect, Einstein’s Annus Mirabilis Nobel prize-winning theory, as well as some particle physics, including The Standard Model, science’s best idea of the fundamental particles and laws that govern the universe.

At A2 the topics move into greater complexity and depth.  Students will study Electric, Magnetic and Gravitational Fields as well as Thermal Physics and Nuclear Physics.  Capacitance and Simple Harmonic Motion are also parts of the A2 course, and Astrophysics is a commonly selected option.

All students will visit Brooklands Museum in their AS year to investigate how the Physics they have studied can apply to automotive and aeronautical design and engineering.

During the A2 year, students will spend a day in the Science Museum learning about a whole range of topics that interest them, as well as have the opportunity to visit a local Astronomy event to see through larger telescopes - for example, on a previous visit, students were able to see Jupiter and the Galilean Moons, as well individual craters on our own Moon.

Students with genuine interest beyond A Level are encouraged to broaden their scientific experience with lectures and talks, either locally or on-line, as well as undertake independent research using the laboratory facilities under the guidance of a post-doctoral teacher with peer-reviewed publications.  In addition, those interested have the opportunity to enter the British Physics Olympiad and other competitions.