At Hurtwood House, students of Sociology are taught to think and write like sociologists. This means learning the art of social investigation and how to interpret and present results from the information that is given.

It is a subject that deals with real-life issues such as ‘Does the media form public opinion?’ or ‘Is it true to say that the roles of males and females are different from what they were forty years ago?’ 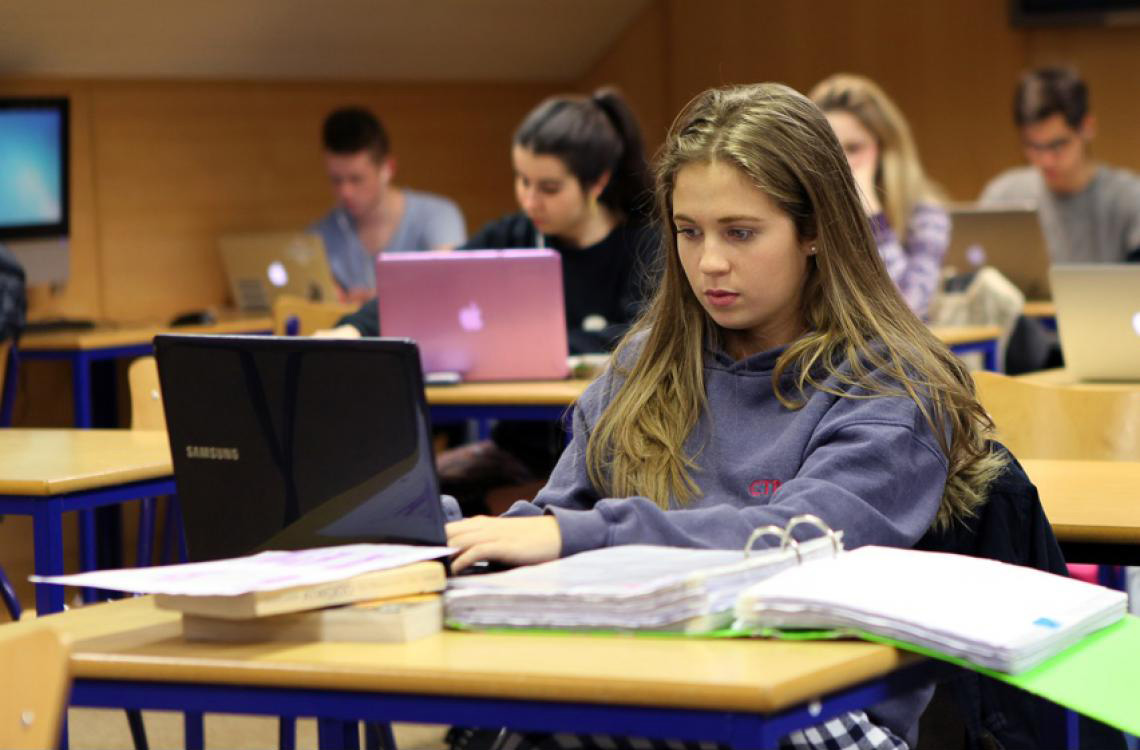 How Sociology
is taught at Hurtwood

In a changing world increasingly characterised by globalisation, free market capitalism and the emergence of a risk society, important new choices have to be made.

Power is diffused more and more into the hands of business entrepreneurs and media barons who have the ability to control our world and set the agendas from which we construct our identities.

Sociology has the ability to help students understand how social systems work, to open their minds to all sections of society and to look compassionately at a diversity of interests and needs.  An awareness of the construction of class, race, gender, age and religion, enables the student to appreciate just how cultures are reproduced.

Sociology can be a liberating experience!  To study Sociology is to find out who we really are.  It also provides us with the knowledge to make informed decisions as to where we are going.

The department follows the AQA syllabus.

In the first year of the course students follow a structured programme that includes topics such as The Family. This unit examines the relationship of the family to other parts of society and the changing patterns of marriage, divorce, separation and cohabitation. The changing nature of childhood is also explored, as is the controversial debate concerning gender roles within the family. Why is it that the majority of those doing the washing up still look remarkably like women?

Education is looked at by evaluating theories of the role of the educational system and seeing whether or not there is a relationship, for example, between education, social class and social mobility. The school curriculum and the factors shaping it are examined, as is the significance of pupil/teacher relationships and pupil subcultures. Also covered is an evaluation of the different educational achievements of social class, gender and ethnic groups and, indeed, the very role and purpose of education is both questioned and debated.

Year Two:
In the second year, students study three major areas of society – media, crime and deviance, and theory and methods. This year involves a highly structured programme that includes topics on the media and communications which examines whether the media control and shape opinions in society. The different forms of mass media are explored, as is the issue of how television programme topics and content are chosen.

Deviance covers a range of topics principally related to crime, social order and social control and explanations of the social distribution of crime and deviance by age, class, ethnicity, gender and region. Law enforcement, the role of the police, courts and the penal system are also examined. Youth subculture is studied with reference to Mods, Rockers, Skinheads, Hippies and Punks, as is the sociological study of suicide.  Moreover, new and exciting developments in criminology are studied such as: green crime, state crime and human rights.

Theory and Methods: In this area the relationship between sociological theory and method is examined, as are important issues such as whether or not Sociology is a science and the debates surrounding objectivity, value freedom and post-modernism.

Does
the media form public
opinion?

Obviously, a good knowledge of current events is essential as much of the subject matter of the course involves current policy, whether in education, crime or family relationships.

Students must read a daily newspaper and in the classroom documentary sources, DVD and YouTube programmes are used as teaching aids, which can often give a depth and perspective that is not possible from a textbook.

The department also has guest speakers such as news reporters from television and there are excursions which have included the ITN studios, New Scotland Yard and local radio stations. Students also have the opportunity to visit both Sociology and Criminology conferences where they can hear and then question the leading Sociologists of the day.