We are proud to take a look at the wonderfully unique career of international businessman, Richard Follows. 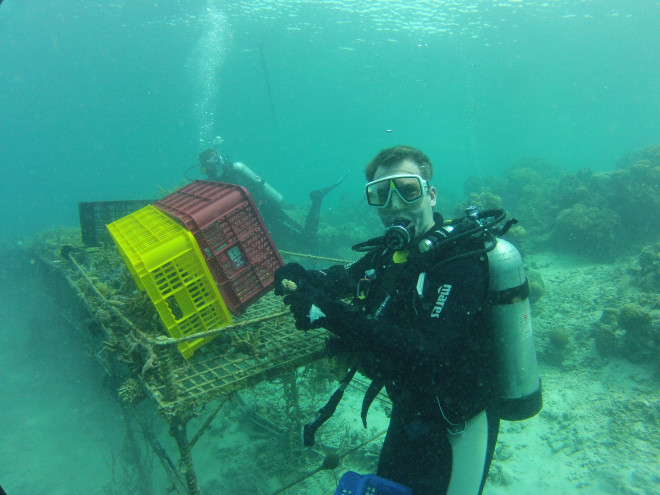 Richard joined Hurtwood in 1997 and immediately found himself very much at home in the theatre where amongst a myriad of roles, he expertly portrayed Pontius Pilate in Jesus Christ Superstar.

After a degree in Drama, Theatre and Television Studies at Southampton University, he secured a scholarship to ALRA (The Academy of Live and Recorded Arts) for postgraduate study. He soon had an agent and began working as an actor in the entertainment industry. He was cast in roles in television, theatre and film including Batman, A Bedroom Farce and The Real Football Factory. The financial crash in 2008 led to a change in trajectory, with Richard working for Mars in brand development. Always ready to seize every opportunity, he took advantage of Mars’s work within Global Communities and conservation to become part of a small Mars Team who helped to restore a coral reef in Indonesia (now the biggest coral reef in the world). Richard’s career went from strength to strength and having been headhunted many times, he is currently Senior Strategic Vendor and Contract Manager at the billion-dollar company A P Moller-Maersk.

Did this success in business signal the end of Richard’s acting? Absolutely not! Richard is now as well known for being a real-life Darth Vadar as he is in business, and we salute him for raising thousands of pounds for Children in Need and Help for Heroes. Indeed, Richard’s Dark Lord has featured at England Rugby matches and red-carpet events in Leicester Square and Cannes. He has even conducted the London Symphony Orchestra at the Royal Albert Hall in full Star Wars regalia.

Richard is certainly not the only ex-Hurtwood student to have made the leap from theatre to business, but he has probably done it with the most style.

From Hurtwood to Lord of the Rings

And the Winner is...