From Hurtwood to Prime-Time TV

Check out the wonderful world of the creative & comical, Celeste Dring! 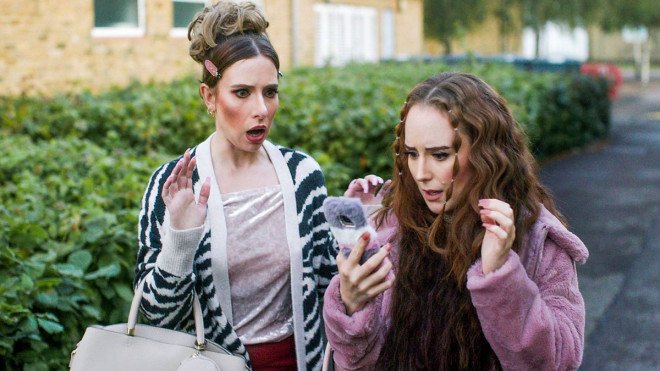 From Hurtwood to Cambridge and now on prime-time TV, Celeste has been showcasing her full repertoire of writing and acting skills for over a decade. The journey began on the Hurtwood stage, where she wowed audiences as the lead in our Christmas musical ‘Summer Holiday’. Boy, could the young Celeste act, sing and dance! But she also had other strings to her bow. She soon had audiences rolling in the aisles with her stand-up comedy routines in the Hurtwood talent show. It was clear from the outset that Celeste had a bright future ahead of her in any number of fields - but comedy was making its way to the top.

Following Hurtwood, Celeste won a place at Emmanuel College Cambridge, reading English and earning a First-Class degree, no less. Following Cambridge, Celeste made ends meet with a variety of jobs including academic tutoring, but soon she got the chance to follow her true calling and began writing comedy. Before long she was on centre stage at the Edinburgh Festival, together with her friend and comic partner, Freya. The shows were a sell-out success, enjoying five-star reviews, and thus ‘Lazy Susan’ was born. ‘Lazy Susan’ would grow into a huge success with sketch shows broadcast on the BBC. Celeste can also be found as Princess Eugenie in ‘The Windsors’ and as Kayleigh Hudson in the BBC’s ‘This Country’ and most recently she featured in ‘The Witchfinder’. In 2022 she made her

Netflix debut in the comedy ‘The Bubble’. It’s clear that Celeste’s star is on the rise and we will be seeing much more of her in the future – so stay tuned

School's Out For Summer