Look out for  Old Hurtwoodian Tom Lucy on your tellybox on Thursday 17th January at 10pm on Comedy Cenrtal.

On Roast Battle, host Jimmy Carr will be joined by judges Katherine Ryan and Jonathan Ross  for an unmissable war of words between the country's finest comic performers.

Two roasters enter an arena filled with bloodthirsty comedy fans with just one simple mission: to bring their opponent to their knees with five of the most ferocious jokes their minds can muster. These gags won't be for the faint of heart. Expect a no-holds - barred assault where no topic is off-limits.

This is not a harmless comedy showcase or a friendly panel show... this is competitive roasting.

In this episode It's Tom Lucy versus Nigel Ng and Johnny Vegas and Phil Ellis go for each other. 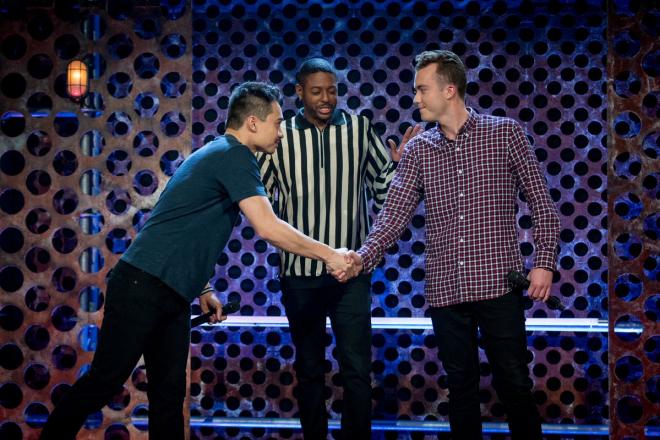