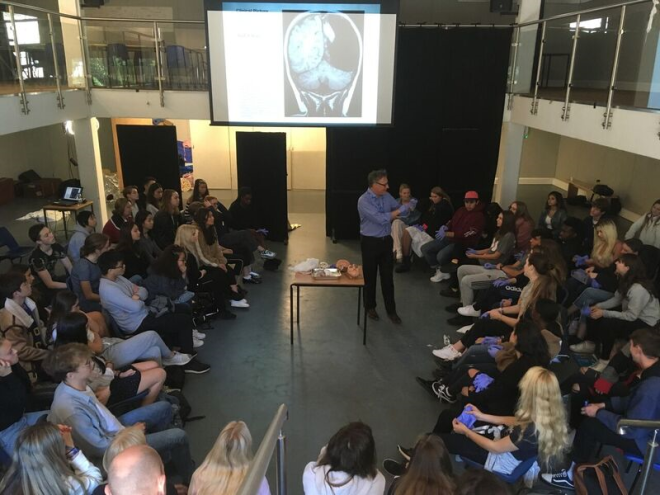 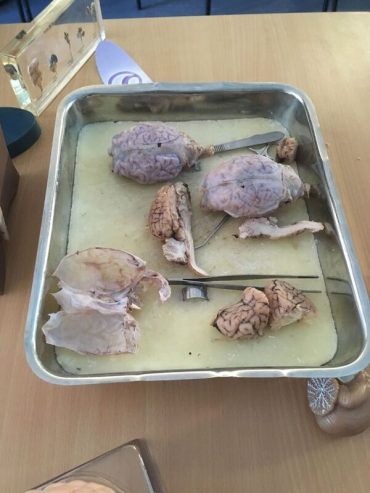 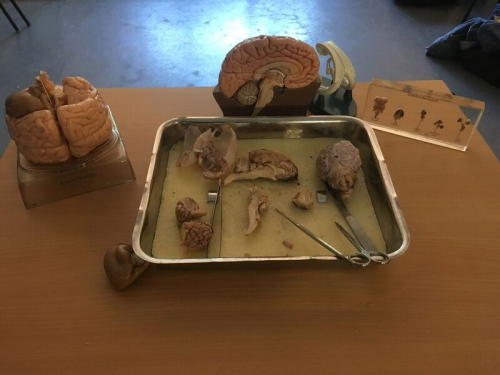 Once again, Hurtwood was lucky enough to have a visit from Guy Sutton, Honorary (Consultant) Assistant Professor of Psychiatry at University of Nottingham, and general all round nice guy.  Known to Hurtwood staff and students as "Mister Brain" or "That Brain Man", Guy took the Psychologists on a historical tour of psychopathology, from how mental illness was conceived in the dark ages, via the lobotomy fashions of the 1940s right through to our supposedly sophisticated techniques of the twenty first century.  To create an appetite before lunch, Guy treated students to a dissection demonstration of a sheep brain. Students were able to hold the brain and even help peel back the surprisingly tough outer meninges layer.  After lunch was a whistle stop tour of the brain’s role in schizophrenia, including the relationship between schizophrenia and cannabinoids.  Students agreed that Guy’s infectious enthusiasm, approachable manner and deep subject knowledge make him a great speaker and I’m sure he’ll be back again.